One of the things that struck me while listening to a reporter on the radio conducting interviews after the latest night of rioting was how eloquent the people were who had been trying to protect their communities and their property. The Turkish shopkeepers spoke perfect English and had no trouble expressing themselves, as did the Bengali Moslems who had been in their mosque that evening after the end of their Ramadan fast. Then the reporter interviewed a couple of the rioters and they had the greatest difficulty stringing a sentence together. Words and part sentences were repeated while the speaker was evidently struggling to finish the thought, and often failing. They spoke a kind of “gangsta” language but not very well, even they had trouble with it. Clearly there’s a whole sub-culture here that is completely isolated from mainstream society.

However, the photos of the looting show another aspect. Along with the young disaffected people just out to make mischief are a surprising number of other people out for some astonishingly petty thievery. A young woman with a scarf across her mouth that barely conceals her identity is seen chatting to a friend while holding two bottles of wine, one red one white, a bottle of sauce and a small packet of something. Obviously she’s expecting guests for dinner later. As well as the more obvious targets such as mobile phone shops (where everything on display is a non-working replica) the rioters are also looting charity shops (where donated items are sold cheaply to raise funds for charity) and Poundland stores (where everything is on sale for a pound or less). You can almost imagine the cry going up, “They’re looting Tesco!” and someone thinking, “Great, I’ve just run out of washing up liquid”. 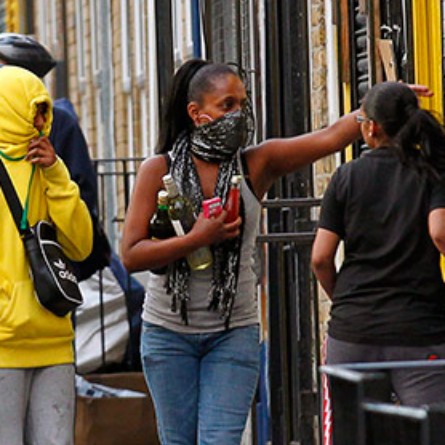 Meanwhile, what are our leaders doing about it? They’re planning to talk about it. But not until tomorrow – five days after the riots broke out. Labour are meanwhile starting to put their argument together, which is that while properly condemning the violence in no uncertain terms, they put the blame squarely on the government’s cuts. For that argument to work we have to believe that on the day the Labour government left office there was no underclass, there were no disaffected youth, there was no economic crisis. We have to believe all that sprang up in the last year or so. We have to believe that a generation that left school educated and articulate suddenly became the mindless rabble we’ve seen rampaging in our city centres. No, the problem we’re seeing isn’t caused by this government, it was caused by thirteen years of a lying, deceitful, morally corrupt government that practically bankrupted this country.

This government, the coalition, has to pick up the pieces. The first thing they have to do is reverse the police cuts and re-employ all those experienced officers who have already been sacked. The second thing they have to do is issue new guidelines to the police for more aggressive action – it is okay to hit a rioter with your baton, that’s what it’s for. The third thing they have to do is get emergency legislation rushed through to protect the police from malicious prosecution as a result of doing their job. The fourth thing they have to do, and this will bring maximum squealing from Labour, is to reintroduce corporal punishment in schools. We’re not going to re-educate or discipline the current underclass but we can at least try to ensure they are the last of their generation because we can be pretty sure they will not raise their own kids to be decent and respectable members of society.

All this is necessary because over thirteen years the last Labour government abdicated all responsibility for governing. They passed ridiculous laws that favoured the criminal over the victim, even foreign murderers cannot be deported back to their own countries; they conspired to allow city high-flyers and bankers to legally loot their companies with unearned and undeserved bonuses; they presided over a culture of rewarding failure where in some high-profile cases senior council officials walk away with massive pay-offs after spectacular failures. The list is long. What example does any of this give to the rioters on the streets over the last few nights? What is amazing is how many decent people there are out there, such as those Turkish shopkeepers or the Bengali Moslems, and everyone else who is standing up for their communities and for law and order.

Labour haven’t completely ruined us after all.